EAA members did their best, but Mother Nature had other plans for the annual Clinton Airport Fly In/Open House. . 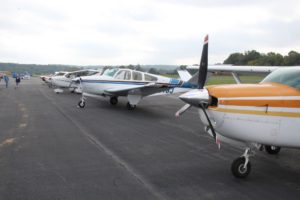 Fog followed by low ceilings limited the ‘fly in’ portion of the show, but folks still enjoyed the ‘open house’. 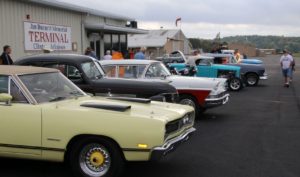 Dawson Aircraft emptied their hangars and Dr. Don Warren’s King Air, based at KCCA, added to the static display to make it look like we had a fly in.

Once the clouds did finally part, onlookers enjoyed a pumpkin bombing demonstration.